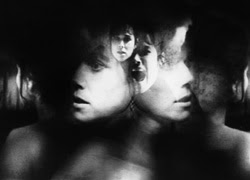 COURSE DESCRIPTION:
This course aims to be a seminar in word and spirit. As a group of independent scholars, we will critically examine an extensive array of films that have been historically and variably "defined," categorized, "marginalized," labeled, and celebrated as "avant-garde," "experimental," "artistic," "independent," "personal," "provocative," "underground," "shocking," "poetic"and "pornographic." Beginning with a consideration of how these terms function (e.g. the cultural capital attached to each, etc.) this course surveys the last half-century of so-called "experimental" and "avant-garde" cinema in the United States. In the process, students in this seminar will engage intellectually with these challenging works, explaining how function formally, thematically, and politically.

COURSE MATERIALS:
The following required texts are available at the campus bookstore. 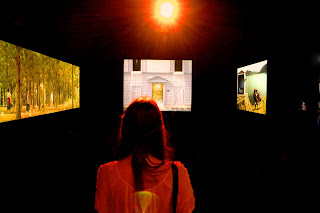 THE RULES OF THE GAME:

Attendance, Preparation, and Participation.
This is a seminar. Consequently, this class will embrace the full meaning of the word's etymology in that it will consist of a "special group-study class for advanced students." Active participation is vital. As we only meet once a week, attendance is mandatory; missing classes will negatively impact your grade. After two absences your grade will be lowered by half a letter grade. Additionally, all of the assigned reading, viewing, and writing for the course must be completed by the beginning of class. Failure to keep up with the readings and viewings will have a negative impact upon your performance in this class; a chronic lack of preparation will be disastrous.
Classes will consist of a combination of lectures, screenings, and discussions. The works we will encounter are challenging...deliberately so, and to multiple ends. Consequently, many of the films we will view have been historically and variably "defined"/categorized/labeled as: "avant-garde," "experimental," "personal," "underground," "artistic,""independent," "poetic," "pornographic"/ "obscene," etc.

Warning: There will be depictions of human beings doing the human-being things.

For those taking the class a ENGL 495: Senior Seminar, the breakdown is as follows:

All wring for this class must use MLA formatting.

For those taking the class as a designation other than ENGL 495, the breakdown is as follows:
DEPARTMENT OF ENGLISH STATEMENT ON ACADEMIC MISCONDUCT:

I. Plagiarism is the deliberate presentation of the writing or ideas of another as one's own.
1 You must acknowledge the sources of any information in your work which is not either common knowledge or personal knowledge. Common knowledge, such as the dates of Bill Clinton's presidency or the freezing point of water, is information that belongs generally to the educated public. Personal knowledge is something that you know through your own direct personal experience.
2 You must acknowledge direct quotation, either by using quotation marks or indenting longer passages. Without quotation marks, or indentation, a quotation is plagiarized even if it is followed by an in-text citation or a footnote.
3 If you rephrase the original passage from the source by merely changing a few words or altering its structure, you are still committing plagiarism. Ask your instructor for help if you are having trouble paraphrasing appropriately.
4 If you use the ideas, examples, or structure of a source without acknowledgement, you are plagiarizing.
5 If you purchase, download, borrow, or steal a paper, or any part of a paper, written by someone else, and present it as your own work, you are plagiarizing.
6 You also cannot use an assignment for more than one course without prior written approval from both instructors.
II. Collusion (i.e. allowing someone else to write, revise, or edit your academic work) is also a form of academic misconduct. Changes or corrections can be suggested by an instructor, peer editor, tutor, or even a friend or family member, but the person cannot revise or edit the paper for you.

III. Cheating. On quizzes, tests, or exams, you must abide by the rules established by your instructor. For example, if you are told you cannot use books or notes, then using notes during the exam is considered to be academic misconduct. Obviously, you cannot use answers that have been provided by anyone else (whether voluntarily or involuntarily), and you also cannot use an illegally obtained copy of the test or exam to gain an unfair advantage over your fellow students.

Penalties for academic misconduct can be severe, ranging from a failing grade on the assignment to suspension or even expulsion from the University of Wisconsin System. Students may appeal these penalties following procedures outlined by UWS 14, the section of the UW System's code on academic disciplinary policies and procedures. 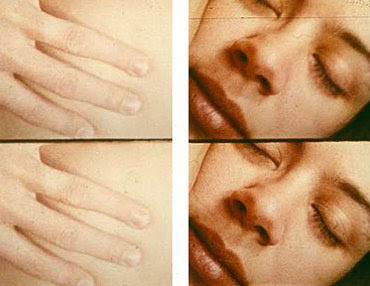 (Europe after the Rain: Dadaism and Surrealism
- Recommended)

(The Story of Jonas Mekes)

(Jonas Mekes: Advice to the Young)

(Jonas Mekas on His Filmmaking)

(Notes on the Circus)

(In the Mirror of Maya Deren, 2002 -
Cool Documentary on Maya Deren)

(William S. Burroughs - Is Everybody In?)

(Inauguration of the Pleasure Dome, Anger, 1954)

Posted by KINOWHERE at 2:28 PM No comments: